CSC, according to its statute, is administrated by a six-member Executive Board consisted of legal and social scientists specialized in the field of criminology and penal law.

Chair of the Board
: Dionysis Chionis 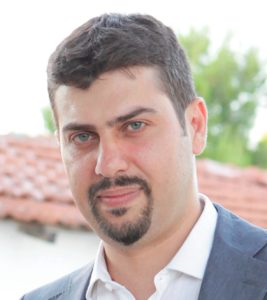 Dionysios Chionis is registered as a Supreme Court lawyer of Greece. He graduated from the National & Kapodistrian University of Athens, Faculty of Law and obtained his LLM diploma in Criminology from the same university. He is Scientific Associate of the legal informatics company “Nomotelia” and the legal publishing house “Nomiki Vivliothiki”. He is also legal advisor of the Social Cooperative Enterprise for former inmates “Neoi Orizontes”. He worked as Scientific Associate of the Centre for Penal and Criminological Research of the National & Kapodistrian University of Athens for eighteen years and as legal advisor of “Epanodos” Center for the rehabilitation of former inmates of correctional facilities (under the supervision of the Greek Ministry of Justice) for more than eight years. He has also served as a Board Member of “KETHI” Research Center for Gender Equality under the supervision of the Greek Ministry of Interior. He has participated in several criminological research projects conducted by the National University of Athens. Moreover he has taken part in numerous research projects conducted by the European Commission as national expert. He is a published author of books on penal law and criminology and he has presented his work in several scientific congresses as well as in detention centers. Numerous of his articles and studies have been published in eminent greek and international scientific journals. He has worked as a tutor in the Greek Police Academy as well as in Institute of Vocational Training. He is co-founder of the Centre for the Study of Crime.

Fotios Spyropoulos is a Doctor of Criminal Law and Criminology at the University of Athens Law School. He is a postdoctoral researcher at the University of Western Attica, conducting Hellenic Foundation for Research and Innovation (HFRI)’ s work on the legal treatment of fake news. He also teaches at Western University as well as at the Greek Open University. He has been a Full Professor of Criminal Law and a Full Professor of Criminology at the School of Fire Officers. He has collaborated as a Professor at undergraduate and postgraduate level with the University of Western Attica and TEI of Western Greece and has given dozens of lectures in Greece as well as at universities abroad as a Visiting Professor or Researcher (eg ADA University in Azerbaijan). He has also lectured at scientific conferences in Greece and abroad, has published or edited the publication of three scientific books, and has authored more than 40 scientific articles in scientific journals. Dr. Fotios Spyropoulos has been Greece’s representative to the European Commission on Consumer Affairs, has participated in lawmaking committees and has collaborated with civil society actors at national and supranational levels (including: with Transparency International as a scientific advisor for Greek assessment Presidency of the EU Council in 2014, with INKA as Legal Advisor, etc.).

His dissertation thesis was on the complex issue of legal treatment of hacking under the supervision of Professor Nestoras Kourakis and for the preparation of his thesis he was awarded the “Heraclitus II” scholarship – he was among the candidates who were awarded this degree (10.00 / 10.00). His dissertation was accepted by the Department of Law at the University of Athens with “Excellent Unanimously. e studied Law at the National and Kapodistrian University of Athens. He has completed postgraduate studies in Criminal Law and Court Procedure (Master) (2006 – 2008) and Criminology (Master with “Excellent”) (2008 – 2010) at the same University. He has attended law, political science, sociology, criminology and forensic science courses at the University of Liege (Belgium). In addition, he completed his studies and received a degree from the Department of International and European Studies of the University of Piraeus.

Dr. Fotios Spyropoulos is a member of several scientific associations (e.g. European Society of Criminology, Association of Greek Criminal Lawyers, etc.). Since 2014 he is a founding member, member of the Board of Directors and Vice President of the Center for the Study of Crime. Finally, he is a practicing litigation lawyer and a managing partner of the company “SPYROPOULOS LAW FIRM” and has represented his clients in some of the biggest lawsuits of the last decade. He is a member of the Athens Bar Association and as a financial advisor a member of the Economic Chamber of Greece. 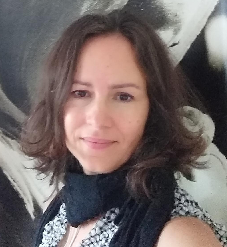 Anastasia Chalkia is a sociologist and holds a Ph.D. and a MA in criminology from the Panteion University of Social and Political Sciences. She is course coordinator and instructor at the interdepartmental MSc in Media and Refugee and Migration Flows (National Kapodistrian University & University of the Aegean) and registered teaching staff at the National Centre of Public Administration and Local Government. She has also taught at the University of West Attica and Panteion University. Since 2013, she is working at the Greek Asylum Service, first as Special Scientific Personnel responsible for the Status Refugee Determination and then as Head at the Regional Asylum Office in Leros and at the Asylum Unit in Athens. Since 2015, she is National Trainer certified by the European Asylum Support Service in the module “Inclusion in International Protection”. Also, she is Deputy Country Representative at the European Crime Prevention Network (EUCPN) (2017-present).

She was selected as a member of the Working Group at the European Asylum Support Office (EASO) for the preparation of the tool: “Guidance on Asylum Procedure. Standards and indicators” (2018). She was appointed as a Substitute Delegate of the Hellenic National Commission for Human Rights at the 2nd Committee for Migration, Ministry of Interior, (2013-2014, 2014-2015). She was member of the Jury for the European Crime Prevention Award under the Italian and the Lithuanian Presidency of the Council of the EU (2013 & 2014) and Assistant of the Chair under the Hellenic Presidency of the Council of the EU. During the period 2014-2015 she was Vice-President at the Central Council for Crime Prevention (Ministry of Citizen Protection).

She has numerous publications in various scientific journals and has presented her work at national and international congresses on asylum issues; racist violence, and criminology. Also, she has written a monograph (Crime Prevention and public participation, Dionikos, 2017, Greek / English) and she has edited two volumes in Criminology (Volume in Honour of Professor James Farsedakis. The contemporary criminality, its confrontation and the science of Criminology, Vol. I,II, Nomiki vivliothiki, 2012 & (assist.) Criminology in the face of contemporary challenges, On the occasion of thirty years of activity of the Hellenic Society of Criminology (1978-2009), 2011). She is one of the founding members of the Centre for the Study of Crime and elected Chair of the Board during 2015-2018. 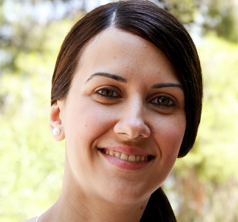 Martha Lempesi is a sociologist and researcher and holds a MA in criminology from the Panteion University of Social and Political Sciences. She is a founding member of the Center for the Study of Crime (CSC) and Director of Center since 2017. In recent years she has been working as a scientific collaborator with EPANODOS, an organization for the Social Reintegration of Former-Prisoners (Under the Auspices of Greek Ministry of Citizen Protection) which main duties are the administrative support collection & processing of statistical data. Since 2017, she has taken part in research projects implemented in the Organization and more specifically in an ongoing research project titled: “The phenomenon of the recidivism of former prisoners in Greece: Empirical data and guidelines for the criminal policy and social reintegration” (scientific responsible Prof. Christina Zarafonitou). Also, in 2018 she collaborated with the Research Centre for Gender Equality (KETHI) in the context of the implementation of a research project on: “Interventions to promote gender equality and psychosocial, family and occupational reintegration and adaptation of women prisoners and ex-prisoners“ (scientific responsible Dr. F. Milioni, Director of EPANODOS). From July 2017 to March 2019, she worked as a scientific advisor for the reintegration of ex-offenders, in the Social Cooperative Enterprise for the Integration of Vulnerable Groups under the brand name “New Horizons”. Moreover, she has worked as a researcher at EKKE- National Centre of Social Research and specifically in the research program SoDaMap – Dynamic management of social data and mapping representations” (Construction and assessment of integrated data bases on census data and data in specific thematic areas. Responsible for the thematic area of criminological phenomena, crime and criminal justice statistics). In the context of this particular research program she participated in the collective work of Dr. I. Tsiganou entitled: “The criminal phenomenon in Greece today” (Papazisis Publ., Athens 2016–in Greek (ISBN 978-960-02-3215-8). Finally, her scientific fields of expertise are: crime statistics and databases, mass media and crime, media representations, criminal policy, reintegration of ex-offenders, cultural criminology and qualitative methodologies in criminological research. Her articles have been published in peer-reviewed academic journals and collective volumes. Also, she has also delivered many oral presentations and posters at scientific conferences in Greece and abroad. 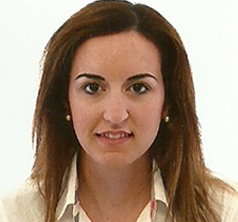 Evangelia Androulaki is an experienced lawyer, member of Athens Bar Association, and specializes on Criminal Law. She has graduated from Athens Law School (Greece) and holds and master’s degree on Criminology (distinction) from Panteion University (Greece). She is a Board member of the Center for the Study of Crime in Greece and has participated to several organizational Committees for several Conferences and Radio Shows on ERT, concerning Criminology and Criminal Justice. She is quite aware of European and International Criminal Legal System, as she has done such presentations at international conferences. Her participation as research fellow is quite helpful for the research as she combines criminology and research methodology, criminal law experience and deep knowledge of the bibliographical and scientific issues.

She has done several publications, presentations and activities relevant to the project such as: 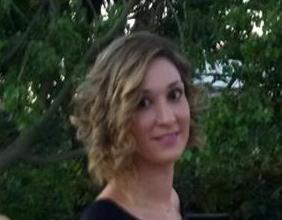 Antonia Kastrinaki is a social anthropologist with a MA in Criminology from Panteion University (Greece).

This website uses cookies to improve your experience while you navigate through the website. Out of these, the cookies that are categorized as necessary are stored on your browser as they are essential for the working of basic functionalities of the website. We also use third-party cookies that help us analyze and understand how you use this website. These cookies will be stored in your browser only with your consent. You also have the option to opt-out of these cookies. But opting out of some of these cookies may affect your browsing experience.
SAVE & ACCEPT