The Center for the Study of Crime (CSC) in collaboration with Northeastern University of Boston (USA) and the Organized Crime Observatory (OCO, Geneva) conducts a large-scale study on the Greek debt crisis, austerity and human rights violations in Greece. The purpose of the research is to document the impact of the financial crisis on fundamental human rights as well as to highlight instances of institutional corruption.

The methods include collection and critical review of secondary data, official statistics, legal analysis, review of court cases as well as interviews and case studies. The research team consists of researchers acting under the direction and supervision of the Professor in Criminology and Criminal Justice Nikos Passas. The study covers rights violations in the fields of Justice, Education, Labor, Property, Economic Freedom, Environment, Health, Taxation, Pensions and Prisons. 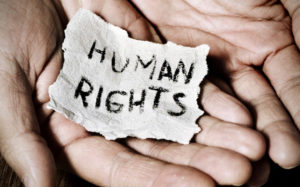 In particular, Maria-Dimitra Papadaki examines the impact of the crisis on the right of access to justice. Maria-Dimitra, records the changes in judicial costs, salaries and pensions and explains how the combination of these changes has affected the citizens’ access to justice. The purpose of her study is to point out that many citizens are unable to seek justice due to the financial hardship combined with high legal costs.Along the same lines, Angeliki Giannaki examines the impact of austerity measures on the protection of the right of access to justice. Towards this purpose, Angeliki researches on the one hand, the degree to which these reforms’ quantitative goals were accomplished, and on the other, their compatibility with full and effective judicial protection, by analyzing the Memoranda of Understanding provisions, the relevant national legal instruments, the pertinent case law, as well as statistical data with regards to the function of the Greek justice system.
In addition, as the institution of legal aid is supposed to ensure access to justice for the financially disadvantaged, Athanasia Lionatou, examines the malfunction  as well as the problematic structure of this institution during the period of the financial crisis.

Athanasia Lionatou, studies the changes brought by the memoranda in the Education field. In particular, changes in teachers’ pay and in their employment status, issues of underfunding of education, as well as child malnutrition in schools are being investigated and recorded. The study aims to reveal that the interplay of these issues gradually leads to the undermining of the constitutional and human right to free public education.

Nasia Kalafati, focuses on the impact of the crisis on Labor, Unemployment, Migration and the Economy. Specifically, Nasia records the impact of memorandum reforms on labor and unemployment and the IMF’s erroneous forecasts concerning unemployment in Greece. In addition, she highlights the effects on the wages as reflected in Eurostat statistics and compares wages and reductions in other countries that applied memoranda policies in the past. Moreover, Nasia seeks information about Greeks’ migration and about the brain-drain phenomenon and its impact on demographic and economic growth prospects in Greece.  Lastly, she looks into pre-crisis conditions of the Greek economy, incorrect management policies and eurozone’s institutional weaknesses.

Christiana Avarli examines the right to property which, on the one hand, is guaranteed by article 17 of the Greek Constitution and, on the other hand,is protected by article 1 of the 1st Additional Protocol to the ECHR. This right is systematically violated given the disproportionate taxes on property during the memoranda era. ENFIA as well as the legislation on the protection of the first residence are the two main aspects of the right to property and they are analyzed in detail in this study.

Furthermore, Christiana and Athanasia carry out an extensive analysis of the impact of the financial crisis on the vital right to health. The study is focused on the citizen’s difficulty to access health services, on the medical shortages and on the lack of doctors and nurses in public hospitals. Lastly, special mention is made on social clinics, which have been created during the crisis and offer primary health care to uninsured, poor and unemployed citizens. 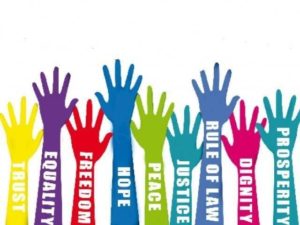 Panagiota Vlachou researches the compatibility of the Memoranda of Understanding with the Greek Constitution, the European Convention on Human Rights and the rest of international conventions.The research is based on the literature and on case-law. As it concerns the procedure of the legislation of the Memoranda of Understanding, the majority of the authors claim that there is a violation of the Greek Constitution, while there are also opposite opinions. As it concerns the content of the austerity measures, it is claimed that there is a violation of several human rights, such as the right to property, the right to social security, the right to labor, etc. Greek Courts have not a clear direction with respect to violations or compliance with the Greek Constitution.Rather, they rule sometimes for and sometimes against the constitutional violation by austerity measures. However, in spite of the initial hesitation of Greek Courts during the first years of the financial crisis, a change of course appears, mainly because of the successive income cuts of Greek citizens. The European Court of Human Rights has judged that there is no violation of the European Convention on Human Rights because of the Greek Memoranda of Understanding, despite the fact that the ECHR has judged the violation of several articles of the Convention as it concerns other countries suffering from similar financial crisis. Moreover, Panagiota Vlachou researches the impact of the financial crisis on the environment. Firstly, based on the literature and the statistics taken from Elstat (Hellenic Statistical Authority) and Eurostat, it appears that austerity has led to a reduction of air pollution in Greece, mainly because of reduced use of private cars and due to the fact that a large number of small-scale industries and enterprises around Athens ceased their activities. However the price policies dictated by Troika have exacerbated air pollution in Greek big cities,while the atmosphere was filled with dangerous smog from burned painted wood, because the majority of the Greek households could not afford heating oil, so they burned painted wood in unsafe braziers, that produce dangerous smoke with considerable health and climate effects, that could even lead to carcinogenesis. On the other hand, the European and Greek policy has suspended the protection of the environment in order to support economic development. Several environmental laws came into force during the financial crisis for the easing of the procedure of the investments without taking into consideration their impact on the environment.

Maria Zarotiadou records the evolution of Greece’s overall tax system, focusing on the 1981–2018 time frame. The study refers to fundamental changes, corrections and deductions of tax laws, the examination of special taxes such as VAT and ENFIA, and the impact of these changes and reclassifications on social and economic levels. The historical overview of the country’s tax system includes all social groups affected either directly or indirectly by the taxation.

Ioanna Charalambous with Sofia Alexopoulou focus on the consequences of the crisis on the lives and rights of pensioners. They address issues concerning pensions cuts, lengthening working hours, tax increases and tax deductions, health cuts as well as violations of social protection and dignity rights.

Manolis Karoussos analyzes the problems and challenges of financial crisis in relation to prisons, examines the extent to which governments apply European and other international legal frameworks to the effective protection of detainees’ rights, and explores possible solutions.

The research project has been in progress since September 2018 and many parts of it are expected to be published soon in Greek and English language outlets.