by Georgios A. Antonopoulos & Steve Hall, Professors of Criminology at Teesside University, UK. 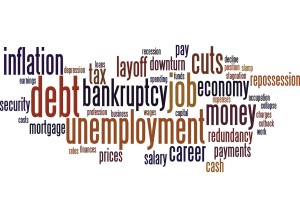 In mainstream criminology, representations of illegal markets tend to rest on two specific assumptions: firstly, that illegal markets are monopolised by – very often foreign – ‘organised crime’ groups with the objective to expanding illegal markets to an international level; and, secondly, that ‘organised crime’ groups engage in campaigns to corrupt fiscal structures (see Potter, 1994). As van Duyne (2010) notes, in most of the ‘organised crime’ literature the threat of enormous criminal finances being invested in the legal sector, affecting the integrity of the fiscal system and undermining fair competition in the business sector, has a prominent position.The bulk of these‘criminal finances’ are allegedly invested in terrorist and ‘serious’ organised criminal activities (see Lowe, 2006). Although these tenets have been criticised by a number of theorists and researchers (see for example Smith, 1975; Hobbs, 1988; Naylor, 2004), they continue to exert a powerful influence in official and media discourses. This influence has been further intensified in the context of the current ‘financial crisis’. In Greece, for example, a report on organised crime trends and policy countermeasures in 2011, echoing official and media perspectives from the beginning of this financial crises (see,Kolonas, 2008) suggested that “[i]llegal trades undercut the turnover of legal merchants and shop-owners…thus contributing to the continuation of adverse economic conditions for the legitimate economy” (Michaletos, 2011). Recently it has been suggested – with increasing frequency and fervor among primarily political, media, and business circles – that if Greece (and by extension the rest of the world) is to get out of the vortex of the financial crisis, the role of ‘entrepreneurial ethics’ is paramount because it ‘provides solutions’ to the financial crisis (Gortzis, 2013; NET, 2013).